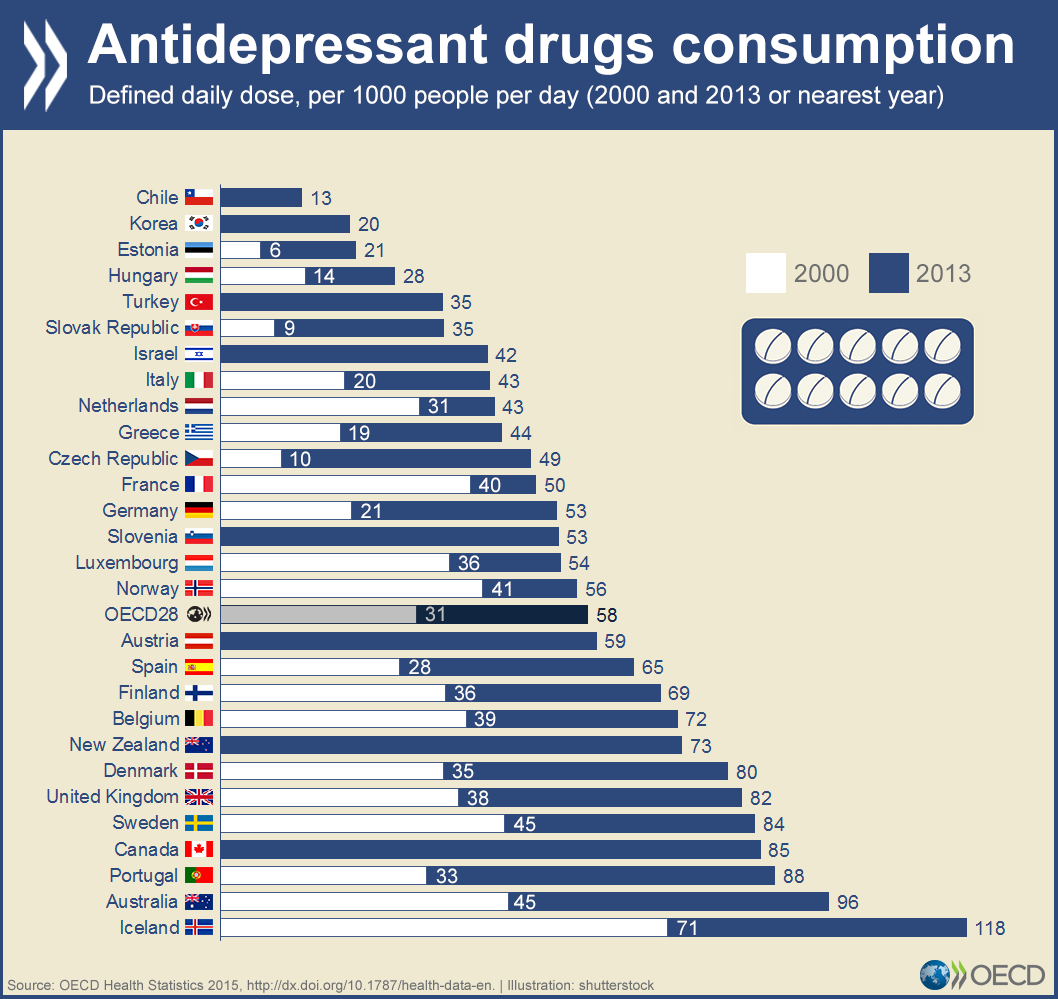 In 2014, shortly after the OECD study was published, the Detail Data – a data journalism outfit based in Belfast – suggested that levels of anti-depressant usage in Northern Ireland exceeded every country in the OECD list, coming in at 129 daily doses per thousand per day.

Needless to say, these enormous disparities in anti-depressant prescribing have significant implications for health policy, both in terms of public health outcomes and monetary costs.

In the context of the MIDAS project, we decided to investigate what factors might be leading to such differences in prescribing behaviour, and to examine whether an analysis of existing open data can shine a light on the problem.

As a starting point, Ulster University and Analytics Engines have been looking at correlations between economic deprivation measures and anti-depressant prescribing across 344 GP practices in Northern Ireland. An earlier investigation into the data by Austin Tanney from Analytics Engines showed that there were significant correlations between deprivation measures and prescribing levels for many categories of medicine.

is will use open data from the Open Data NI portal, the NHS Business Services Authority and the Department of Health Quality Outcomes Framework to explore the relationship between economic deprivation, depression prevalence and anti-depressant prescribing. By linking the Northern Ireland GP prescribing data with World Health Organisation’s Anatomical Therapeutic Chemical (ATC) Classification System we hope to get a picture of how prescribing patterns here compare to other countries.

The potential value of this research was reinforced just this week during a conversation with senior staff from the Department of Health, who made it very clear that cost-effective prescribing was a major policy concern in Northern Ireland.

Our goal with the MIDAS project is to make a difference on these important policy issues at a local level and across the partner countries.